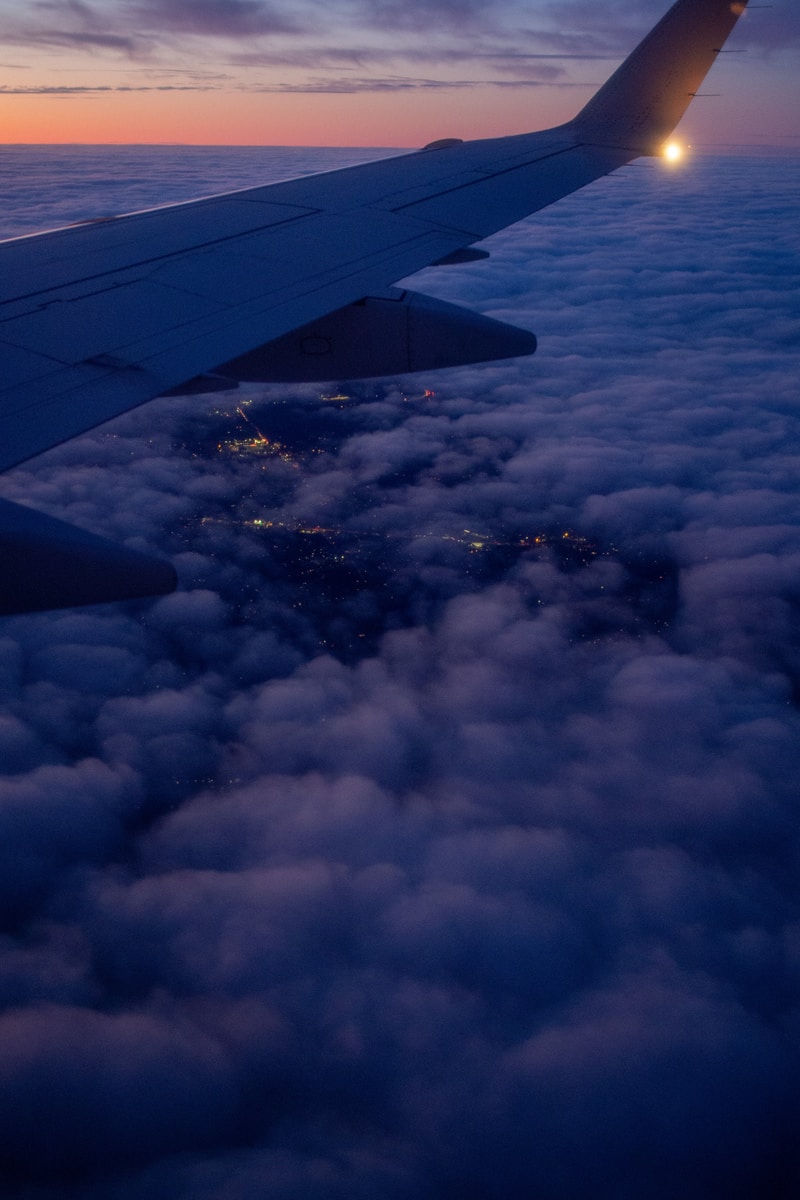 On 29 October 2019 the Supreme Court upheld an appeal against the conviction of an air traffic controller who had cleared two aircraft in quick succession to take off from two crossing runways at Zurich airport.(1)

SWR1326 was taxiing to the holding point of Runway 16 at Zurich airport. The aircraft was 700m from the holding point when at 12:41:14pm the crew called the tower controller and said: „Hello, Swiss one three two six ready when reaching.“ The controller cleared SWR1326 to taxi to the take-off position on Runway 16. At 12:42:19pm the controller issued his take-off clearance: „Swiss one three two six, wind zero two zero degrees seven knots, runway one six cleared for take-off.“ The SWR1326 crew confirmed the clearance. At this time, SWR1326 was still on the taxiway, 50m from the beginning of Runway 16.

Meanwhile, SWR202W was taxiing to the take-off position of the intersecting Runway 28. SWR202W’s crew was busy processing the final points of the before take-off check list. According to their later statements they did not notice the take-off clearance granted to SWR1326 on Runway 16 (the clearance was later audible on the cockpit voice recorder). After SWR202W had reached the take-off position and another aircraft had crossed Runway 28, the controller issued the following take-off clearance at 12:43:05pm: „Swiss two zero two whiskey, wind zero one zero degrees seven knots, runway two eight, cleared for take-off.“ The SWR202W crew confirmed the clearance and initiated their take-off roll at 12:43:12pm.

While the controller issued the clearance to SWR202W to take-off from Runway 28, SWR1326 had only just commenced its take-off roll on Runway 16. SWR1326 had stopped at the take-off position to carry out a ’standing take-off‘. The SWR1326 crew later said that they had not heard the clearance given to SWR202W.

At 12:43:40pm, the runway incursion monitoring and conflict alert system alerted the controller. SWR1326 was rolling at a speed of 143 knots and SWR202W was rolling at 89 knots. According to his later statement, the controller was surprised by the alert and first thought that it was a false alarm with a vehicle. SWR1326 was no longer present in his mental plan at this point. He checked whether a vehicle was close to the runways or whether a landing aircraft was on Runway 16. He then realised that two aircraft were simultaneously on their take-off rolls on Runways 16 and 28. At 12:43:49pm he called SWR202W: „Swiss two zero two whiskey, stop immediately!“

The SWR202W crew did not respond to this call because the SWR202W commander, who was acting as the pilot flying, had already realised at 12:43:47pm that SWR1326 was closing from the right. Just before SWR202W reached its decision speed of 135 knots, he aborted the take-off. At this point SWR202W was approximately 550m from the intersection of Runways 28 and 16. As shown in the flight data recorder, SWR202W’s commander immediately took the power lever back to idle, applied the brakes and activated reverse thrust within two seconds. SWR202W came to a standstill on Runway 28 at 12:44:03pm just before the intersection with Runway 16.

The SWR1326 crew noticed nothing unusual and continued the flight to their destination.

The Swiss Transportation Safety Investigation Board (STSB) investigated the incident. It found that the:

On that basis, the prosecution brought charges against the controller for the negligent disruption of public transport under Article 237 of the Criminal Code.

This provision penalises (with a custodial sentence or a monetary penalty) anyone who wilfully or negligently endangers public transport – including air transport – and thereby „causes danger to the life and limb of other people“.

The Bulach District Court acquitted the controller of the charges because the collision risk had been insufficiently high.

The prosecution appealed the judgment.

The High Court of the Canton of Zurich reversed the decision. It ruled that the controller was guilty under Article 237 of the Criminal Code. The court reasoned that the controller’s conduct had breached the relevant regulations and had therefore been negligent. According to the High Court, this had resulted in a severe and real collision risk which had endangered the passengers and crew of the two aircraft. The controller was given a monetary penalty.

The defence appealed to the Supreme Court.

The Supreme Court upheld the appeal and vacated the lower-court judgment.

The Supreme Court found that Article 237 of the Criminal Code requires an actual risk and not a potential or hypothetical risk. The court must look at what actually happened, not what could have happened, but the prosecution based its case on a hypothetical proposition. The prosecution had argued that the two aircraft would have collided if SWR202W’s crew had initiated the take-off roll five seconds earlier and if the same crew had not rejected the take-off.

The court refused to engage in such speculation. The fact of the matter was that SWR202W’s crew had rejected the take-off. In so doing, SWR202W’s crew quickly resolved a potentially dangerous situation. The residual risk thereafter remained within reasonable bounds; as such, the slowing down and stopping of the aircraft on the remaining part of Runway 28 did not pose any particular risk to passengers and crew.

The court concluded that no actual collision risk had existed and that the controller was not guilty under Article 237 of the Criminal Code.

The Supreme Court decision is welcome news. It contrasts with recent convictions of air traffic controllers handed down in Switzerland for operational incidents that resulted in neither injury nor damage). The court’s key message is that in an aviation context there must be an actual collision risk and not only a potential or hypothetical risk for a guilty verdict under Article 237 of the Criminal Code. If pilots act to avoid a collision, only residual risk after such avoiding action can be considered.

This is difficult to reconcile with an earlier Supreme Court judgment from 27 June 2019 which concerned the loss of required separation between a Ryanair Boeing B737 and an Air Portugal Airbus A319 while en route in Swiss airspace.(3) The on-board traffic alert and collision avoidance system (TCAS) ordered the B737 to descend and the A319 to climb. Both crews immediately followed their TCAS commands and resolved the conflict. In other words, the Ryanair and Air Portugal pilots took successful avoiding action. There was no specific finding on the residual risk. Nonetheless, the 27 June 2019 judgment resulted in the controller’s conviction under Article 237 of the Criminal Code.

While the new SWR1326/SWR202W decision is more persuasive, some critical observations are still called for. First, it took eight-and-a-half years to finally resolve whether the controller was guilty under Article 237 of the Criminal Code. That is too long – justice delayed is justice denied.

Second, the Supreme Court did not deal with the lower court’s approach to establishing the facts by referencing the STSB’s safety investigation report. While the STSB’s reports are in practice frequently used as prime evidence in civil litigation and criminal prosecution, this runs counter to the principles of safety investigations following aviation incidents. The sole purpose of such investigations is to determine what went wrong in order to use the findings to prevent similar incidents from happening in future. It is not the purpose of any such investigation to establish the facts to find criminal liability.

Third, criminal prosecution for operational incidents that result in neither injury nor damage is at odds with the ‚just culture‘ concept, which establishes that controllers and other aviation professionals should not be punished for actions, omissions or decisions that they take which are commensurate with their experience and training, but does not tolerate gross negligence, wilful violations or destructive acts. While the just culture concept is part of Swiss law, prosecutors and criminal courts mostly disregard it. They argue that the just culture concept is limited to the narrow field of occurrence reporting (Switzerland adopted EU Regulation 376/2014 on occurrence reporting by virtue of the EU-Swiss Air Transport Agreement). Unfortunately, the Supreme Court remained silent on this topic in the SWR1326/SWR202W decision. Just culture works only if aviation professionals are given broad protection against criminal prosecution and conviction. However, new legislation will be necessary to achieve this goal.